Florida Power & Light Company (FPL) today announced it will power the vehicles racing in the country’s first-ever electric car race to be held in downtown Miami on March 14. FPL announced the partnership at its Martin Next Generation Solar Energy Center along with famed race car driver Michael Andretti and drivers in the Miami ePrix, the first of two American venues for the race.

«Our partnership with Formula E and the Miami ePrix is another example of our commitment to advancing zero-emissions solar energy and the use of electric vehicles in Florida,” said Eric Silagy, president and CEO of FPL. “By the end of 2016 we will triple the energy we are able to produce from the sun, furthering our mission to provide low-cost, reliable and clean energy to our 4.7 million customers.”

During the announcement, electric race cars were charged with power generated from the Martin Next Generation Solar Energy Center, one of three solar power plants operated by FPL. Earlier this year, FPL announced plans to install more than 1 million solar panels at three additional solar power plants by the end of 2016. These new plants, combined with community-based solar installations and other small-scale arrays that FPL is installing, would total more than 225 megawatts of new solar capacity. This would effectively triple FPL’s solar capacity, which currently totals approximately 110 megawatts.

“The Formula E Miami ePrix is all about sharing our passion for electric vehicles,” said Alejandro Agag, CEO of Formula E Holdings. “The race series is exciting, it’s entertaining, and we hope it will turn the world’s attention to the potential electric vehicles have to change the way we power transportation. We are pleased to partner with FPL – a company that shares our vision for powering the future with affordable, clean energy.”

«It’s an honor for us to have been selected as one of the 10 founding Formula E teams for the inaugural season,” said Michael Andretti, chairman and CEO of Andretti Sports Marketing. “I look forward to bringing this exciting series to North America and joining an impressive field of competitors at the upcoming race in Miami.”

The Miami ePrix is part of the FIA Formula E Championship, the world’s first fully electric racing series and is the highest class of competition for electrically powered racing cars. Formula E hosts races in 10 cities around the world, including London, Beijing, Monaco and Buenos Aires. The Miami ePrix will be the first Formula E race in the United States.

As part of its partnership, FPL announced it will also sponsor a student electric vehicle race. Students from schools throughout FPL’s service area who are involved in science, technology, engineering and math (STEM) programs will assemble 10 electric kit cars.

On March 14, student teams will then compete in the Formula E School Series, racing on the same track as the Miami ePrix, vying for a grand prize of $5,000, a second-place prize of $2,500 and a third-place prize of $1,500. All prizes will go to further the STEM or robotics initiatives of the winning school teams.

“We want to see STEM programs thrive in our state and we see this as a great opportunity for students to learn about harnessing the sun’s energy and powering electric vehicles,” said Pam Rauch, FPL vice president of development and external affairs. 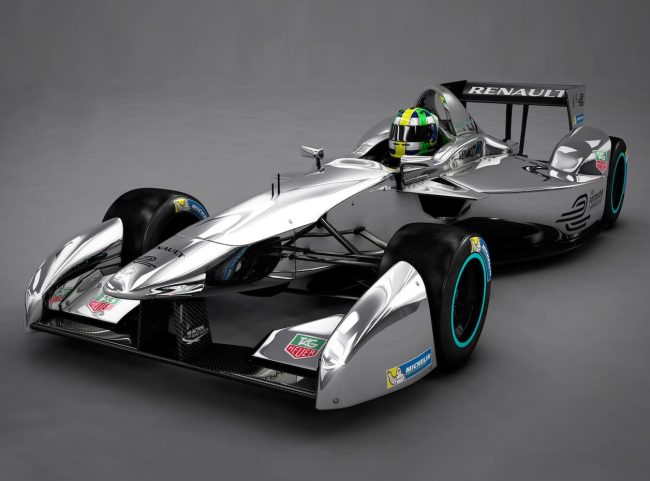