Karen Blanco/ Miami Sony Masterworks releases Gloria Estefan‘s The Standards on September 10, 2013. Celebrating great tunes from the American Songbook, The Standards reaches out to Estefan’s global fan base via international song classics sung in English, Spanish, Italian, Portuguese and French, some with new lyrics written by Estefan herself.

The ambitious project has been “on my back burner for a long time,” according to Estefan, who broached the repertoire on Frank Sinatra’s 1993 Duets album (on which she sang “Come Rain Or Come Shine” with Sinatra) and most recently on Tony Bennett’s Viva Duets (“Who Can I Turn To [When Nobody Needs Me]”). “I grew up listening to Frank Sinatra, Johnny Mathis, Henry Mancini and great romance recording artists in Mexico and Cuba,” says Havana-born Estefan. “This genre is right up my alley, since music is always a catharsis to me.”

Estefan waited until now to do a standards album to get “enough life under my belt,” she says, “since there are so many torch songs requiring life experience to deliver them with proper credibility.” The concept really took off at a trustee dinner at the University of Miami’s Frost School of Music, where Shelly Berg, who has produced and arranged for artists including Patti Austin, Elliot Smith and Arturo Sandoval, serves as dean.

“We sat at the piano just for fun and he asked me to sing a song I performed 30 years ago during our first appearance on the Carson Show,” says Estefan, recalling her Tonight Show performance of “Conga,” her 1983 breakthrough hit with Miami Sound Machine. It was during this session that she also sang “Good Morning Heartache,” the Billie Holiday classic that is now featured on The Standards.

“This album brings everything full circle for me!” she says, adding that the tracks were all chosen “by my heart and what I feel.” She brought a list of 50 standards to Berg that “spoke to me personally and made me cry.” She ended up recording 16 songs live in the studio with a core of four incredibly talented musicians, all maestros of this genre and a wonderful orchestra.

“Something magical happens when musicians record together live,” she explains. “Everything unfolded in the way it should have – the stars aligned!”

Throughout the recording process, Estefan went for “a sexy, romantic and intimate feel” she says. “I wanted to do an album without an extraneous note, with an economy of music so it would feel really intimate and it would be just enough to express the emotion of the song.”

Estefan also tried to approach these standards with fresh ideas. “On ‘They Can’t Take That Away From Me,’ for instance, we did it in a completely different way from what anybody’s done before, kind of a 6/8, almost Afro-Cuban feel meets the waltz,” she says.

“This song always made me cry,” she says. “Charlie Chaplin spent his life making people smile and laugh and it’s one of the songs that breaks your heart. Recording it was daunting because Michael Jackson did a phenomenal version and so did Natalie Cole. There are so many versions. I wanted to bring my own sensitivity to it because it’s been so special to me, and Laura Pausini is amazing.”

Argentinean idol Carlos Gardel’s “El Dia Que Me Quieras,” for which Estefan wrote the first-ever English translation (“The Day You Say You Love Me”), has a very special significance. “It was the wedding song that Emilio and I danced to!” she relates. “I wanted to record it. It was never done in English, and I wanted it to be as close to the author as possible and I was so inspired.  Before we started doing the record, I wrote the translation.  It’s always nice when you can write a standard!” 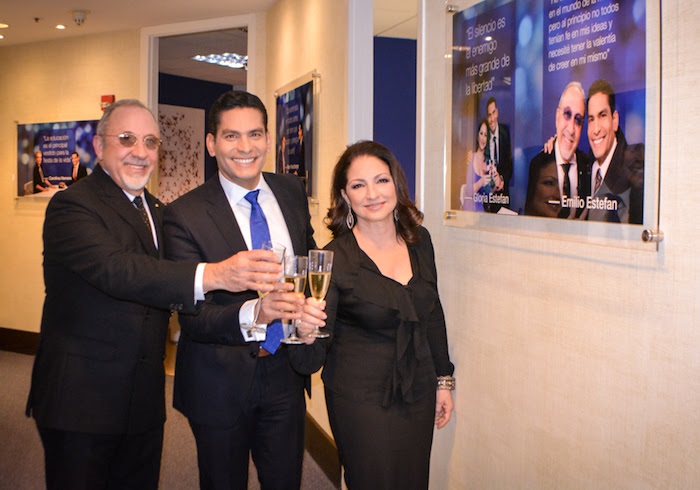 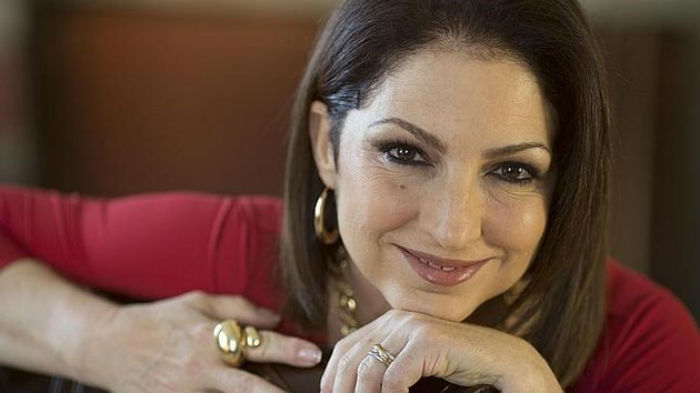