Mónica ran for the new NYS Senate District 46 which was created in 2011 by the Legislative Task Force Commission.

In late 2010, Mónica founded The Hispanic Coalition NY, Inc., where she serves as President and Chief Executive Officer.  By Staff/ Miami.

Mónica believes strongly in a person’s ability to affect change by being an active community participant. Her experience as an immigrant has greatly influenced her commitment to her community and she is always looking for opportunities to get involved and make a difference. Issues that are important to Monica include affordable education, health care, immigration reform, equal pay for equal work, civil rights protections, protection of our second amendment rights, animal welfare/rights, the environment and alternative energy sources, accountability and transparency in government, and the advancement of Latinos in the political system.

Mónica was born in Cartago, Costa Rica. She moved to the United States with her mother and three younger sisters when she was only 13 years old. She knows firsthand the difficulties and barriers faced by immigrants in this country. Her mother worked very hard often having long days and working overtime on weekends making minimum wage at a textile factory. Giving back As a teenager, Mónica witnessed the discrimination her mother faced because she looked different and had an accent. Mónica also remembers the support and generosity shown by members of the Catholic School which she and her sisters attended.

Staff provided her family with support and education, and also provided winter clothing and Christmas presents that very first year. As a young child growing up in Costa Rica, Mónica remembers the importance of always giving back to the community even when her family had very little. It is this personal experience that she brings to each and every community project she undertakes; Mónica understands hardships and the power of a strong community and role models.

Mónica has volunteered for numerous organizations in the Capital Region, has served on various boards and is an active community advocate. In late 2010, Mónica founded The Hispanic Coalition NY, Inc., where she serves as President and Chief Executive Officer. The organization is committed to empowering the Hispanic community through education on important educational, social, economic and political issues.

The organization focuses on connecting the Latino community and works to promote achievements in this fast growing demographic group. Candidate Mónica ran for the new NYS Senate District 46 which was created in 2011 by the Legislative Task Force Commission. Mónica ran as candidate looking to represent the people.

She ran a grassroots campaign focusing on the need to bring our elected officials accountable to the people who elect them. She was not, however, successful in her bid during the Primaries. During her time campaigning Mónica expanded her network greatly, learned about the needs within the district, and learned much about the campaign process. In the future, she looks forward to helping other Latinos who want to run for office.

Mónica graduated with a Bachelor of Arts degree from the State University of New York (SUNY) at Albany where she majored in Political Science with a minor in Sociology. Two years later, she graduated with a Masters degree in Public Administration from the Rockefeller College of Public Affairs & Policy at SUNY in Albany where she concentrated in Public Finance and Public Management. Mónica is married to Jaime Alvear who is a Sgt. with the New York State Police. They are the proud parents to newborn Sofía Mayela and Jaime is also the proud father to Christina. They share their home their furry animal-companions: Panchita, Ramón, Tico, Margarita and Mango. 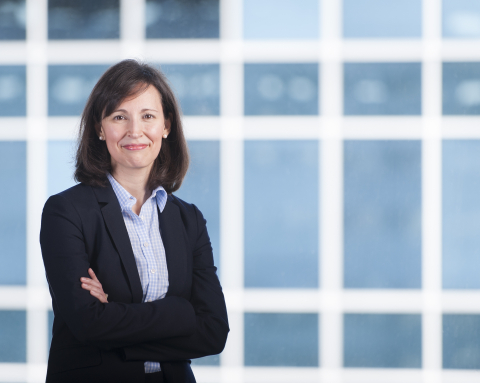 The mission of the National Latina Business Women Association Los Angeles is to encourage Latina in Business to develop their...
1395 Brickell Avenue, Suite: 800, Miami Florida,33166, USA Teléfono 754 797 1858 info@ejecutivamagazine.com
Back to top
error: Content is protected !!