The best films on release in cinemas now

All the best films on release in cinemas this week .

Soon after its world premiere last year, 12 Years a Slave was widely described as the best film that has yet been made about American slavery. That’s a big claim and an accurate one.

Gravity, the new Alfonso Cuarón picture, is a heart-achingly tender film about the miracle of motherhood, and the billion-to-one odds against any of us being here, astronauts or not. It’s also a totally absorbing, often overpowering spectacle. This is one of the films of the year.

With the magnificent Elba to anchor it, the film gradually achieves a sort of grandeur, in the manner of the hero it depicts.

This fascinating, bristling, Oscar-tipped documentary is the latest from Jehane Noujaim. She tells the story of Egypt’s recent revolutionary struggle, starting from the moment in 2011 when dissenters took to the streets and succeeded in ousting the US-backed dictator Hosni Mubarak, after 18 days of open revolt.

This tiny, gemlike documentary, from the American filmmaker Eric Steel, explores Megan Boyd’s mythic status among anglers who used her flys, including the Prince of Wales, who became a lifelong friend.

Robert Redford’s predicament is as old as man and the sea. Some 1,700 miles from the Sumatra Straits, he wakes up alone on his 39-foot yacht to find that the hull has been perforated by a stray shipping container.

In the quarter-century since it was first released, this rhapsodic elegy to the thrall of filmgoing has become a cliché in everyone’s head. Then you rewatch Cinema Paradiso, and it wins you back.

Frears’s film, comfortably his best since The Queen, is based on the true story of Philomena Lee, an Irish woman in her 70s of strong Catholic faith, who went in search of the son she was forced to give up for adoption 50 years earlier.

Much of Rithy Panh’s highly personal memoir is told using the device of clay figurines. Like all the best documentaries, this one grabs you immediately and compels you to look at the subject in an entirely new light.

In The Railway Man, Colin Firth is beautifully cast as the late memoirist and former British Army officer, who related his experiences as a PoW in his book of the same name.

So much of The Secret Life of Walter Mitty is meant as inspirational – the purposeful, slow-motion shots of people running, the resonant rock music, the mountain vistas – that it might leave you feeling inspired into submission.

The legend of Ron Burgundy certainly loses something in the retelling. But there’s enough here to justify a second visit.

Daniel Radcliffe, in his second post-Potter persona, plays the poet Allen Ginsberg in this drama about the early days of the Beat Generation.

Disney has produced a film about the tortuous making of Mary Poppins, one of the great pictures in that studio’s canon. It presents Walt Disney’s struggle with PL Travers, who wrote the original books, as a kind of Norman Conquest of sweetness and charm — a flooding of songs, jelly-beans and thick Californian sunlight into the life of a brilliant but unhappy writer.

Arnaud des Pallières’ film is based on a folk tale from 16th-century Germany, handed down via a 19th-century novella by Heinrich von Kleist.

If you imagined a fourth Hangover instalment about 35 years hence, it might look a lot like Jon Turteltaub’s geriatric comedy, complete with a fatigued disinclination to raise hell in anything like the old ways.

Delivery Man centres on a keen former sperm donor whose past, in the shape of around 150 of his biological offspring, suddenly catches up with him.

First-time director Carl Rinsch was removed by Universal following re-shoots of this film about a group of wandering samurai last year. The film’s troubled production certainly tells in its lumpy structure. Read The Telegraph’s 47 Ronin review.

The Israeli revenge thriller Big Bad Wolves arrives on these shores with a full-throated endorsement from Quentin Tarantino, who called it the best picture of the year. It resoundingly isn’t.

The Counsellor, a caper movie about a million-dollar drug deal gone wrong, is neither an outright disaster nor misunderstood masterpiece: it’s just a very bad idea for a film, proficiently executed. Read The Telegraph’s The Counsellor review.

De Niro is playing Giovanni Manzoni, a New York City mob snitch with a $20 million contract on his head, who has been relocated with his wife and children to the north of France under a witness protection scheme. The first problem with this comedy drama is that it isn’t funny. The second is that Besson’s script has a self-sabotaging premise.

One year after the Unexpected Journey began, here is the Unexpected Detour. The second leg of Peter Jackson’s three-part adaptation of The Hobbit, by J. R. R. Tolkien, is mostly stalling for time: two or three truly great sequences tangled up in long beards and longer pit-stops.

While the film’s effects are irreproachably state of the art, and its straightforward tale of survival will keep most youngsters happy, the balance between cuteness, 3D spectacle and education value feels blanded out to the point where it’s not especially memorable.

Parkland is an ensemble historical drama set in the immediate aftermath of the John F. Kennedy assassination, and has been cannily timed for release on the 50th anniversary of the former US President’s death. Unfortunately Parkland emerges as the most ridiculous serious film of the year. 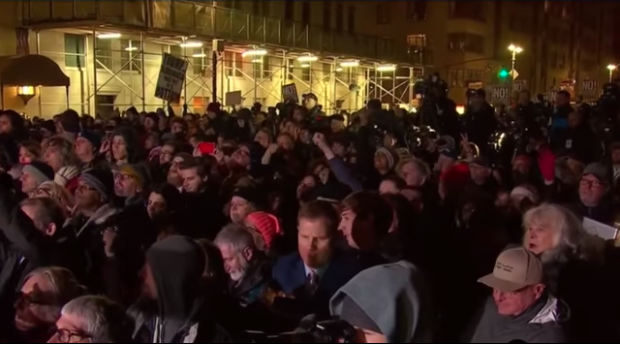 Video: The Hobbit the Desolation of Smaug